June 6, 2015. Washington. (ONN) Thursday, the US announced the largest theft of secret data ever. That’s saying a lot considering past breaches by Bradley Manning, Edward Snowden, various cells of Anonymous and even Chinese technology hunters. But the latest record breaking theft of information seems different. Was it actually carried out by Americans and officials are afraid to admit it? Was the announcement simply a fear-raising tactic to pass a new Patriot Act and overreaching cyber security Bill? Each of those sounds more plausible than the official explanation.

Who has a grudge against US government employees? A shorter list would be, who doesn’t. Image courtesy of The BS Report blog.

The first point worth mentioning about the record breaking data theft from US government servers announced two days ago is that the attack didn’t happen this week. It happened as far back as last year and wasn’t even noticed by federal authorities until this past April. That revelation, and each new bit of information, raises some curious flags.

When reporters broke into America’s TV programs mid-day Thursday to announce the largest theft of secret government data ever, they claimed US officials suspected Chinese hackers. The Chinese, along with Russia and North Korea, are the three usual suspects in hacks of the US government these days. But in follow-up news announcements, reporters announced that federal officials were walking that assumption back, saying the attack was too massive and widespread to have been carried out by any one national government. Today, just 48 hours later, US officials are again pointing the finger at China, but only anonymously and credited by US media outlets as ‘unnamed sources’.

What was stolen, what wasn’t, and why

The key may be looking at the data that was stolen in the breach, and what wasn’t taken. According to officials, the personal information of 4 million US federal government employees was stolen. But the hackers didn’t touch each person’s payroll, banking and direct deposit information which was reportedly right there for the taking. Instead, the hackers went for personal details like home addresses, dates of birth and social security numbers.

Another admission by US officials is that the victims of the hack weren’t those with secret clearance or with classified military knowledge as was the case in a recent data break-in suspected to have been carried out by the Chinese. The assumption being that China was creating a list of potential spies it could recruit to turn over secret advanced technology.

In yesterday’s announced break-in, the victim was the government’s Office of Personnel Management and what was stolen was a list of millions of federal government employees from agencies like the Dept of Health and Human Services. Fittingly, yesterday just happened to be Anonymous’ Operation Expose CPS, as in Child Protective Services, and their massive child trafficking ring being perpetrated on the American people right now.

US officials also announced that the government employees targeted were from agencies of the Executive Branch with the Judicial and Legislative branches being unaffected. Confirming that banking details were untouched, the same officials described the stolen data as, “personally identifiable information.” Senate Homeland Security and Governmental Affairs Committee Chair Ron Johnson (R-WI) chimed in saying, “It is disturbing to learn that hackers could have sensitive personal information on a huge number of current and former federal employees.”

Perhaps the most ominous suggestion that this latest cyber hack may not have been carried out by some foreign power, but instead by a domestic threat right here at home, is the fact that numerous people over the past few years have publicly suggested it. If anything, it’s surprising it took this long to happen. Chinese and Russian state-sponsored hackers routinely steal technology for their own military and corporations. They target US government employees with special clearance to recruit as spies or to sell secret American technology. But low-level rank and file employees of government social service agencies have absolutely no value to any foreign entity, short of an invasion and occupation.

Who would want a list of federal government employees? Americans who have had their lives unjustly destroyed by heartless, corrupt, robotic government agencies and who now want revenge. And these days, disgruntled Americans such as those number in the millions. As detailed by various local police blogs, the average government employee doesn’t fear being brought to justice for corruption as much as they fear having their lives turned upside down and their families threatened by vengeful domestic vigilante groups.

And the sentiment is mutual. More than one victimized American parent, police torture victim, destroyed veteran, underwater homeowner, gun-owning Militia member, or life-imprisoned pot smoker has publicly stated how much they would like to have a list of government employees. What would they do with that list? Who knows. Anonymous might freeze their credit cards. Parents may curse out their families. And revolutionaries may have visions of watering a bunch of liberty trees.

But if the thieves really were from the Chinese government as US officials are continuously leaking, it may warn of an even greater threat. What would the Chinese government need with a list of millions of low-level US government employees? Anyone who’s ever seen the movie Red Dawn knows that answer – where foreign armies invade the United States and take over the running of the country down to the municipal level. Remember the chaos that was the administrative portion of the invasion of Iraq? The lesson the world learned is that if government employees vanish into society, the country comes to a screeching halt. An occupying army needs to know who the millions of people who run the government are.

So, who hacked the names, addresses and social security numbers of 4 million government employees yesterday? Was it China? The US Militia? Anonymous? Your author doesn’t know and officially, neither does the FBI or the Dept of Homeland Security. But this author does know one thing – too many aspects of this latest record-breaking data breach don’t make sense. And rest assured, government employees all over America are scared, angry and panicked now. And that may have been the goal of the theft all along. Don’t be surprised if you see another overreaching cyber security Bill any day now.

March Against Monsanto 2015 – in Pictures

22 Veteran Suicides per Day is actually 35 per Day

World’s No 1 Terror Sponsor to get Nuclear Weapons

Happy Patriot’s Day – a Lesson for Feds and Patriots alike

Book Review – We are Anonymous 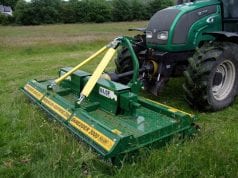 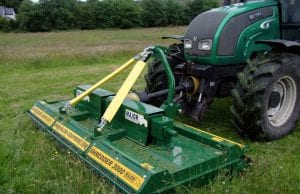