Nearly everyone snores at some point, but the problem arises when it becomes a chronic condition. If you’ve noticed that plenty of your family members are prone to snoring, you might be wondering: can it be inherited? Chronic snoring is often rooted in lifestyle causes such as alcohol drinking and sleep deprivation, but occasionally you can trace it back to genetic factors. This is especially true if it’s a symptom of obstructive sleep apnea (OSA), where your airflow is blocked to the point that you may even stop breathing.

While there hasn’t been as much research on whether snoring can be inherited, most sleep researchers would say that it is because of two significant studies. The first one on the topic was published in 1995, and after surveying more than 3,000 men, it concluded that there is a strong connection between habitual snoring and a family history of snoring. Another study, conducted more recently in 2006, discovered that children whose parents snore are three times as likely to do so—which is unfortunate because snoring can trigger other conditions such as heart disease and behavioral problems.

To understand how exactly snoring can be genetic, let’s look at the following inheritable factors that lead to snoring. If you have any of these factors, it significantly increases the chance that you’re a snorer:

People with overbites—also called retrognathia or a receding chin—tend to snore. This is because the jaw is shifted back, leaving less space in the airway for normal breathing. Other suspect anatomical features are a small jaw and craniofacial abnormalities such as a cleft palate.

If many in your family have a large tongue, then snoring might also be rampant. Once you’re asleep, you naturally relax your tongue. A larger tongue will fall backward, right onto the back of your throat and airway, and blockage will occur. The same effect is produced by an elongated soft palate.

The size of your airway is important. Some people are born with a small or narrow airway, and regardless of lifestyle choices, this will still block air from getting through. Airway size is a physical trait that can be shared across multiple generations of a family.

One risk factor for snoring is having a large neck—meaning more than 42 cm or 16.5 inches for a male. This results in a narrower airway because of the fatty tissue around the neck, and it’s even better at predicting a snoring habit than obesity.

Aside from anatomical features, people can be predisposed to snoring because of genes and their body’s unique biochemical functioning. The chemoreceptors that control your breathing as you sleep may have abnormalities, such that your airway shrinks or even collapses. In addition, snoring has been positively correlated with two genetic markers. Those with sleep apnea may also be deficient in the hormone orexin, which controls respiration, wakefulness, and appetite.

Being obese or overweight is definitely connected to snoring, but it’s tricky as a risk factor because there’s an ongoing debate as to how much of it is genetic and how much is lifestyle-based. The popular opinion is that it’s generally a product of lifestyle, but genes have a hand in deciding your amount of body fat and your metabolism when exercising. In any case, when you’re overweight, your neck has poor muscle tone and there’s more fatty tissue surrounding your throat, causing snoring. When it comes to OSA, body-fat distribution is especially impactful.

There is no one definite cure for every kind of snoring, but you have plenty of effective options for addressing it, depending on the cause: lifestyle changes, medical treatments, and anti-snoring products such as nasal dilators and anti-snoring pillows. Even though snoring may seem mild and harmless, it can have a huge negative impact over the long-term. It’s best to stay informed through resources such as The Snore Whisperer and WebMD and adopt a healthy lifestyle. 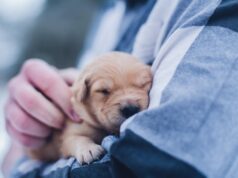 How Do Dogs Contribute To Your Health And Happiness? 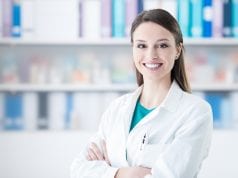 What Is a Functional Medicine Doctor and What Do They Do? 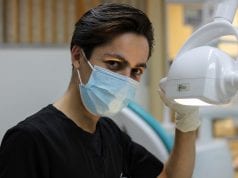 Scared of the Dentist? 3 Ways to Overcome Your Fear