Home History How familiar are you with the Battle of Kursk?

Details of the Battle

The Battle of Kursk was a battle in World War II between German and Soviet forces on the Eastern Front near Kursk, located 450 kilometers south-west of Moscow, Soviet Union, lasting throughout July and August 1943. The battle began when the Germans launched an offensive, called Operation Citadel, on July 5, whit the objective of pinching off the Kursk salient by attacking the from north and south at the same time.

After the Germans stalled on the northern side, Soviets began their Kursk Strategic Offensive Operation on July 12, when they launched Operation Kutuzov against the rear part of the German forces in the northern side of the battle. On the south, they also launched powerful counterattacks on the same day, one of them starting a large armored clash, which would become the Battle of Prokhorovka. The Soviets started the second part of their operation on August 3, with Operation Polkovodets Rumyantsev.

The battle was the final offense by the Germans on the Eastern Front. Due to the Allied invasion of Sicily, Adolf Hitler was forced to move troops from France to the Mediterranean, instead of using them as a reserve for the Eastern. He canceled the Kursk offensive after only a week. Germany suffered extensive losses of both men and tanks, and the victorious Soviet Red Army enjoyed success for the rest of the war.

The Reason for the German Offense

Germans wanted to weaken the Soviet offensive strength for the summer of 1943. Their goal was to cut off the forces at the Kursk salient. It was 250 kilometers long from north to south, and 160 kilometers from east to west. The German plan was to envelop it with a pair of pincers, which would break through the northern and southern flanks. Hitler believed that a potential victory would reassure German strength and improve the relationship with his allies, who wanted to withdraw from the war. He also wanted to capture Soviet prisoners and use them for slave labor in the armaments industry.

The Soviet government had found out about their enemy’s intentions thanks to the British intelligence, months in advance. They were expecting the attack on the Kursk salient and had built their defenses. They designed them to wear down German armored spearhead. The Germans delayed the attack in part due to their waiting for new weapons, mainly the new Panther tank and larger numbers of the Tiger heavy tank. The Red Army, therefore, had more than enough time to construct deep defensive preparations including minefields, fortifications, artillery fire zones and anti-tank strong points. These extended for 300 km.

Strengths of the Armies and Losses

As a result of the battle, Axis forces lost any ability to initiate additional strategic offensive operations. The Soviets gained the initiative over the Wehrmacht.
In total, although difficult to estimate, there were between 257,125 and 388,000 casualties in the battle, making it the eighth bloodiest battle of WWII.
The Battle of Kursk is still considered the largest tank battle in recorded history. 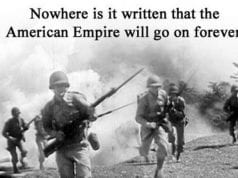 Why We Fight the Story of the Military Industrial Complex