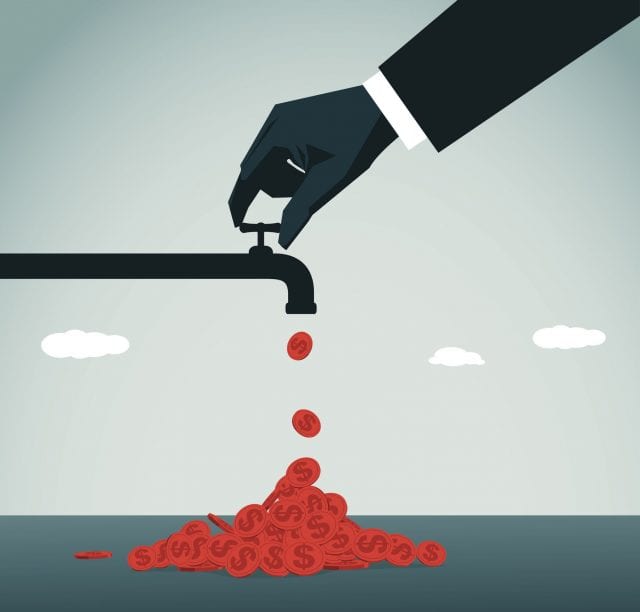 This 7-minute cartoon trailer details the history of America’s central banking system. Something that even adults don’t understand, this short clip explains the whole situation in such simple, plain speak, that even a child could understand. It includes all the facts, quotes, dates and individuals that got America to the place it’s at today. Watch it here.

While the abbreviated clip is flooding YouTube, the full cartoon is called, ‘The American Dream’ and the DVD can be purchased from their website TheAmericanDreamFilm.com.

It’s a cartoon reminiscent of the educational Saturday morning cartoon briefs from the 1970’s. The short clip opens with debates between the two main factions of America’s founding fathers. Thomas Jefferson, leading the Democratic-Republicans, fought against a central bank. Alexander Hamilton, leading the Federalists, fought for it.

From the film The American Dream. DVD available from TheAmericanDream.com.

The cartoon begins with Jefferson’s character arguing, “Public debt is the greatest of the dangers to be feared.” The character portraying Hamilton replies, “We must have a central bank to secure this country’s finances.” To that, it quotes a well-known historical speech by Thomas Jefferson:

“If the American people ever allow private banks to control the issue of their money, first by inflation and then by deflation, the banks and corporations that will grow up around them will deprive the people of their property until their children will wake up homeless on the very continent their fathers conquered.”

Showing that this is an issue men are willing to kill and die for, the cartoon plays like a fifth grade US history class describing how Aaron Burr, President Jefferson’s sitting Vice President, shot and killed the first Treasury Secretary Alexander Hamilton. The duel wasn’t over slander, a woman or an insult. It was over the power and poison of a central bank.

Telling the tale of how the US central bank was repeatedly shut down by the American people, the big banks repeatedly tried to reinstall it. The cartoon includes ‘Old Hickory’ President Andrew Jackson. When asked on his death bed what his greatest accomplishment was, Jackson is credited with replying, “I killed the bank.” They almost killed him too, with an assassination attempt that he narrowly survived.

The video goes on to tell the story of how the powerful modern banking cartels met secretly on Jekyll Island in 1910. The meeting included the host JP Morgan, JD Rockefeller and a handful of the other richest men in the world. The story goes on to suggest that the name Federal Reserve was picked to make the people think it was their bank.

Continuing the almost unbelievable history, the cartoon explains, “They struck on December 23rd, 1913. When most of our Congress were at home eating fruitcake, these bastards, I mean bankers, presented their treasonous Act to their newly elected accomplice Woodrow Wilson, who had fortuitously already agreed to sign it before he was even elected.”

Summing up the basic evil of the American Federal Reserve system, the video continues, “The Fed now has the exclusive power to print America’s money. They loan this money to our banks and to our government at interest, putting immediate debt on our own money, printing more and more, so each dollar they print becomes worth less than the one before.”

“Your taxes do not go to your government,” the cartoon concludes near the end, “It’s the greatest theft in human history.”

To view the official cartoon trailer or to purchase the full DVD, visit TheAmericanDreamFilm.com.

For additional reading on the subject, read any of these previous Whiteout Press articles: