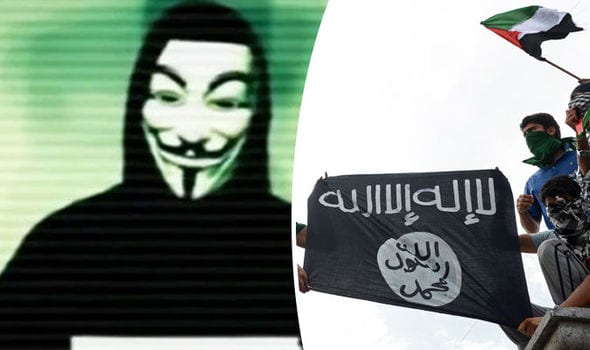 July 19, 2011. New York. The notoriously effective hacker group called Anonymous was the victim of FBI raids today. Federal authorities swept down on numerous locations throughout the nation in an ongoing effort to end the group’s underground tactics. Federal Bureau of Investigation officials released a statement confirming 16 individuals ranging in age from 20 to 43, were arrested in the sweep. Arrests were made in Alabama, Arizona, California, Colorado, the District of Columbia, Florida, Massachusetts, Nevada, New Jersey, New Mexico and Ohio. Anonymous acquired worldwide fame when it brought down Sony’s PlayStation servers earlier this year.

Federal authorities release the names, nicknames and ages of the accused. They included both men and women with such colorful names as “Anthrophobic”, “Absolem”, “Toxic”, “No”, “MMMM”, “Ananon”, “Trivette”, “Triv”, “Reaper”, “Drew010”, “Jeffer”, “Jefferp” and “Ji”. The FBI confirmed that 14 of the 16 arrests were in connection to Anonymous’ attacks on PayPal over PayPal’s severing ties with WikiLeaks. The two remaining arrests involved an attack on a public/private partner of the FBI and the theft of secret AT&T documents by a 21 year old who then posted them on the internet. Experts with computer forensics degrees may be called in to examine seized computers.

The secretively covert group which calls itself ‘Anonymous’ achieved international notoriety when it announced they were coming to the defense of Wikileaks and its founder Julian Assange. After Wikileaks exposed double-handed dealings within the US State Department, as well as numerous other embarrassing facts within the US military, the global community struck back at Wikileaks out of fear that they could be next.

With the global banking and credit communities freezing Wikileaks’ accounts and governments across the world targeting the Wikileaks’ founder for criminal prosecution, Julian Assange was a man without a country. Most recently, Assange was placed under house arrest in England while the British decided whether or not to extradite him to Sweden to face prosecution for allegations of sexual assault.

Many people in the underground hacker community, as well as those from the ‘truth in media and government’ circles, continue to insist Assange’s only crime is exposing blatant criminal activity within governments and giant corporations around the globe. With the position of ‘taking a stand for truth’, the hacker group Anonymous set out to strike back against the multinational corporations that effectively shut down Wikileaks’ finances.

Unknown members of Anonymous proceeded to strike corporations including MasterCard, Visa, PayPal and Fox News. The cyber attacks also included US government targets such as the Central Intelligence Agency and the Arizona Department of Corrections. Anonymous appeared to be hitting from a list of preferred targets that included perpetrators of corporate criminal activity and US government agencies wrapped in cloaks of secrecy and abuse – all in the name of hitting back against those targeting Wikileaks for doing nothing more than, in their opinion, telling the truth to the people.

Along the way, Anonymous suddenly found that they weren’t so anonymous anymore. In its early days, Anonymous took up idealistic causes like striking monopolistic American record companies that were targeting teenagers for criminal prosecution for simply downloading songs. Striking out against another artistic monopoly, the group also attacked the motion picture industry.

But earlier this year, Anonymous found out that the proverbial shoe was suddenly on the other foot. When Wikileaks announced it had received and was planning to release millions of secret corporate documents showing exactly which multinational investment banks were responsible for the criminal activity that brought down the entire global economy, Julian Assange had suddenly taken on a group that didn’t play by the rules.

The international bankers at the center of the financial meltdown in the US took matters into their own hands and launched a cyber war of its own against Wikileaks, and its knight in shining armor, Anonymous.

Unknown clients had allegedly hired a cyber security firm called HB Gary to find and disable both Wikileaks and Anonymous. Throughout the shadows of cyberspace, HB Gary appeared to be spreading the word that they were coming after Anonymous and its members. In response, Anonymous orchestrated a pre-emptive strike against the firm. What Anonymous says they found while stealing HB Gary’s files, turned the tables.

According to vast numbers of emails still circulating the internet between HB Gary and Bank of America’s lawyers, HB Gary and two other firms presented the bank with their plan to shut down both Wikileaks and Anonymous. The measures outlined in the strategy included cyber attacks of their own against the two organizations. This, it was hoped, would stop Wikileaks from releasing the damaging details concerning BoA’s involvement in the global financial crisis.

That all happened in February of 2011. On June 10, Spanish officials shocked the cyber world when they announced they had arrested three members of Anonymous, including the perpetrators of the Sony PlayStation attack. At first, hackers the world over were skeptical. Anonymous was known to have large numbers of members and followers in India or China, but not a beautiful coastal city in Spain.

From the looks of things, Spanish law enforcement didn’t just capture the elusive Anonymous, they captured ring leaders, computers and detailed intelligence about the group’s other members. That brings us to today.

Just prior to the nationwide raids on Anonymous locations throughout the US today, CNN reported a conversation with an unnamed FBI official who announced that the Bureau was targeting 15 specific suspects. ‘Up to 15 total arrests are expected following the execution of more than 15 search warrants’ the agent told CNN. By this afternoon, 14 arrests had been made in New York, California, New Jersey and Florida.

While it’s not known whether the bust one month ago in Spain provided any details that helped the US and FBI capture the 14 alleged members of Anonymous today, one would have to assume that the two are somehow connected. While Anonymous was successfully secretive for so long, they appear to be falling like dominos now. Chances are also pretty good that computers and information obtained in today’s arrests will lead to the capture of even more members of Anonymous.

Most followers of the continuing story expect the remaining members of Anonymous to either physically change environments or get off the grid completely. Those critical of the socially conscious hackers disagree. They point out the arrogance inside the cyber-hacking community. “They think hiding out means changing servers or screen names” one observer explained.