Jewish culture and religion are filled with interesting traditions and teachings. Did you know that the scientist Albert Einstein and the philosopher Ludwig Wittgenstein were Jews? This religion is filled with teachings about kindness, science and the love people should have towards one another. These are some of the facts about the Jewish culture you probably didn’t know before.

Jewish parents have a different way of teaching their kids what’s right and what’s wrong. Because of the history and all the wrongful doings Jews endured, kids are taught to be critical, to think on their own and to distrust authority. Jewish kids are also taught to love math and science. They support and promote geekiness and kids are always encouraged when they want to follow something, they are passionate about.

2. The Jewish people began as slaves

In the Exodus, the holy book, it is said the Jewish people began as slaves in Egypt before they were freed by God. God sent Moses to free His people and Moses released 10 plagues on the Egyptians. Because of this experience and these teachings, the Jewish community has huge empathy towards the less fortunate and they show kindness to strangers.

Right after the Exodus from Egypt, God told His people to take a day off from creative work. Known as Shabbat, this day is dedicated to festive meals with friends and family, prayer and rest. There are special Shabbat elevators in some buildings where the elevator stops on every floor because pushing the buttons is considered work.

It is said that when God communicated the Torah at Sinai, he spoke to the women first. Because of this, women have a special place in the Jewish community. This religion is a tradition passed from generation to generation and women are considered the artery through which Judaism is transmitted.

These pieces of parchment called a klaf are contained in a decorative case and inscribed with specific Hebrew verses from the Torah. The verses consist of the prayer Shema Yisrael. In Jewish houses, these scrolls are put on the doorposts to fulfill the Mitzvah. In some Jewish homes, a Mezuzah should be put in every doorway of the home. The only rooms where Mezuzahs are not put are the bathrooms, laundry rooms, and closets. Click here if you want to see how the Mezuzah looks and maybe buy one for yourself or your Jewish friends.

For Jews, it is really important to dress according to tradition and moral codes. This is done to prevent nakedness or ervah. For women, this means covering the collar bones, down to the ankles, and the arms to the elbows. For married women, the hair should be covered with a tichel, which is a hair cover or sheitel – wigs. The hair should be covered because it is considered as an erotic part of the body. For men, this includes covering the hair with a kippah – a small-cap, or growing a payot – the curls that go along the side of the head. Men should also dress in a modest fashion and not promote extravagant behavior.

Acts of chesed are acts of loving and kindness towards others. Jewish people live with the thought of healing the world. That is a huge part of their tradition and they help the less fortunate in every way they can. According to the Torah, Jews have an obligation to help the poor, the orphan, and the widow. Most of the charity organizations in the world are run by Jews. They focus on many different things and some of them are: helping newlyweds find housing, feeding the elderly, free education for kids, helping families through illness recovery, free transportation for patients to and from hospitals and so on.

Jewish people leave by strong traditions and focus on their families, friends and even the kindness towards strangers. Here are some quick facts about Jews and Judaism that you may find interesting.

Did you know these things about Jewish culture? Which of these facts do you find most interesting? 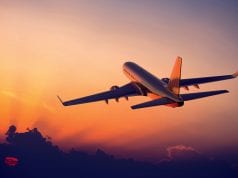