Home Business What Does ”In the Red” Mean in Financial Terms?

Being “In the Red” is a term corporate used in the corporate world which associates a negative balance with the financial statements of a company.  Another relevant term can be used (red ink), which describes a similar meaning: a monetary loss.

The catchphrase “in the red” can also be used to refer to businesses that are not yet profitable (or were not profitable during their most recent accounting period). This phrase was coined using the color of the ink that would be used by accountants when placing a negative numerical figure on the financial statements for a company.

In many cases, the color red is used to indicate unfavorable business activities that are occurring or that some unwanted event is happening.  The color of red can also be used in this context whenever a company’s balance sheet is under zero. For example, business regulations are often described as “red tape.”  Investors and traders might also describe positions in market securities that are losing money as currently being an asset “in the red.”

These days, many financial institutions have ledgers that are electronically maintained.  Thus, it is not rare for computer software to use black and red coloring for the text to highlight certain results.  As a result, saying “red ink” can be synonymous with corporate expressions like in-the-red or bleeding red ink. According to informative financial tutorials on AskTraders.com, these events can affect publicly-traded shares and stock exchanges that list assets owned or controlled by the company.

In contrast, it’s also common to say that a healthy business is “in the black.”  What does this term mean? This phrase is used to describe a business’s profitability level and its overall financial health.  When a business is in the black it means the company is profitable or that the company generates positive corporate earnings after expenses.

Colors in the History of Accounting

This phrase has roots in the history of accounting, as financial accountants changed data by hand prior to the use of computer software.  Accountants, at the time, used separate colored inks (both red and black) to show a business’s profitability. In contrast to a business in the black, an unprofitable company with negative earnings would be considered in the red.

The phase can be applied to individuals, as well.  A person that has more assets than debts would be able to pay off debts with no problems, which means the person is in the black.  What causes a person or a company to be in the black? Businesses struggle to stay in the black because this is the point of break-even and it shows that the company is profitable, it is easier to pay down debt and hold cash flows steadily even during difficult financial times.  A company that is profitable can raise the confidence of shareholders and ensures continued income via dividends.

Economic cycles can create additional factors for a company in its efforts to stay in the black. Economic certainty can create instances where companies become profitable. For instance, if there is economic expansion, consumers might borrow more and spend money. Retailers can also become more profitable while paying off their debt due to low-interest rates. In contrast, if the economy is declining while interest rates move higher, companies can find themselves in the red because consumer buying power is restricted.

In short, the term market term “in the black” can be used in the financial world when people discuss a business’s financial status (usually its most recent accounting period). When a business is in the black, this means the company is financially solvent and profitable because it is not burdened by debts. As a result, the company’s future is more certain because the likelihood that the company will go bankrupt is relatively small. 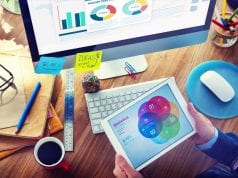 5 Online Marketing Tips and Tricks for 2022 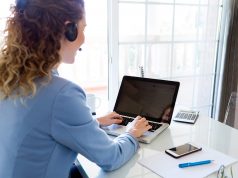 WhiteOut Press - August 9, 2022 0
It’s ironic that in the same 48 hour period that Ford and General Motors announced multi-billion dollar profits over the previous three months and...