Home Uncategorized what almond milk made and it safe

What is Almond Milk made of and is it Safe?

June 14, 2015. Sacramento, CA. (ONN) Like GMO-laden fast foods falling out of flavor with American consumers lately, so has regular dairy milk. Loaded with antibiotics and growth hormones, store-bought cow’s milk is slowly being replaced by healthier alternatives like almond milk. But unlike coconuts, almonds don’t contain milk. So what exactly is almond milk made of, and most importantly, is it safe? That depends on who you ask and which brand you buy.

If products were named after their biggest ingredient, almond milk would be called flavored water. That’s because water is the number one ingredient in any brand or variety of almond milk. In fact, it’s hard to honestly say almond milk is either milk or almonds as the product contains almost none of either.

A recent investigation from Business Insider and Yahoo Finance exposed the industry’s dirty little secret when it discovered that none of the nation’s largest producers of almond milk will disclose how many almonds are in a carton of almond milk. Two companies contacted by the investigator – Blue Diamond and Califia – either refused to comment or referred the journalist to the Almond Board of California for the answer. The Almond Board, in turn, referred the reporter back to the individual companies.

The investigator describes his run-around after being invited to a press conference being held by the Almond Board of California’s Richard Waycott where the only topic seemed to be industry assurances to a panicked public that the state’s almond farmers were not responsible for California’s current water drought. As it turns out, ten percent of California’s entire agricultural water supply goes to almond farmers.

‘I asked point-blank,’ the reporter writes, ‘”How many almonds are in the average half-gallon container of almond milk?” Waycott gave a rambling answer about different producers and varying formulas before referring me back to the almond companies. I pressed him, “But Blue Diamond referred me to you…because the formulas are fairly standardized across the board.” Waycott said, “That’s interesting, because we really don’t have that knowledge.” No one knew exactly what is in a carton of almond milk.’

We’ll skip our typical lecture about the evils of the Washington-Wall Street establishment and simply quote the above reporter attempting to do nothing more than find out how many almonds are in a carton of almond milk sold in the United States. The journalist writes that only hours after his public confrontation with the Almond Board’s director, the industry trade group contacted him in private. They wouldn’t, or couldn’t, answer the reporter’s question, but assured him if he looked outside the iron curtain of the US, he would find his answer in more open societies like England.

Sure enough, the UK’s consumer-friendly food labeling laws require much more information than the US. The investigator found that the typical carton of almond milk contains only 2% almonds. The remaining 98% is made up of water and chemical thickening agents. If the variety is not sugar-free, it will most likely contain sugar and salt. And if flavored, it may also contain cocoa.

While the Business Insider and Yahoo Finance investigator stopped there and didn’t ask the big question the rest of us are thinking right now, our friends at Natural News did – “Chemical thickening agent? What chemical thickening agent?” It turns out that most almond milk sold in the US uses a chemical called carrageenan to thicken the water so it has a consistency that more resembles milk.

According to a two-year-old report from Natural News, carrageenan is widely used in a variety of products because of its ‘gelling’ and ‘thickening’ effect. But critics of the additive say it causes gastrointestinal inflammation and makes digestive diseases like ulcerative colitis and Crohn’s Disease even worse than they already are. Even more frightening, critics say there appears to be a link between carrageenan and cancer. The report goes on to confirm that the European Union banned carrageenan from all baby formulas due to the negative side effects.

In the United States however, carrageenan can be found in a host of grocery store products. According to Natural News, ‘In the US, it’s allowed in organic foods, including juices, chocolate milk and organic infant formula, as well as other types of foods, like soy milk, cream, ice cream, cottage cheese, yogurt and so on.’

Since your author has teenagers who brought home almond milk one year ago, along with a lecture about the health benefits, it has been a staple of our family’s refrigerator. That’s why Whiteout Press took the time to investigate the two dominant brands in the almond milk category – White Wave’s Silk and Blue Diamond’s Almond Breeze. We were shocked to discover the two companies’ ingredients were as different as their attitude toward consumer safety and health.

Your author gets in a lot of trouble for doing things like naming names, especially when they’re powerful corporations. But that’s why our readers read Whiteout Press. And we won’t let you down with what we discovered about the two largest almond milk producers. Together, they dominate the almond milk category with 76% of total sales. Blue Diamond’s Almond Breeze has a 49.5% market share and White Wave’s Silk has a 26.8% share.

So that’s the skinny on almond milk and the two dominant brands in the US market. For the record, Whiteout Press and this author have absolutely no vested interest in almond milk or either company detailed in this article. Our sole motivation is to see that parents and consumers have as much information as possible when choosing the foods and beverages they purchase and feed their families.

Country of Origin Labels banned in US by WTO

March Against Monsanto 2015 – in Pictures

What is McDonald’s McRib Sandwich made of?

What’s in a Chicken McNugget? 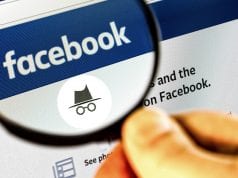 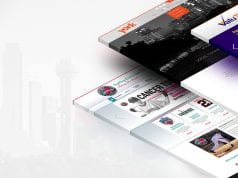 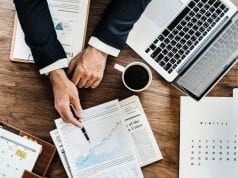 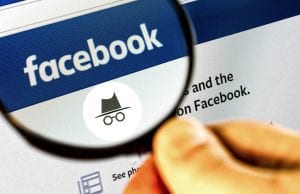