June 27, 2012. Ft. Campbell. As often as the media shows us soldiers coming home to surprise their kids, you’d think we’d hear more about the neglect and abuse our soldiers have also been coming home to. We don’t hear about the 16 US veterans committing suicide every day in this country. We don’t hear a lot of the things our vets are being subjected to. But that’s going to change if their wives have anything to say. They’re Battling BARE to get people to pay attention, and maybe even give a damn.

Sorry to use such a harsh word. But Whiteout Press readers know how passionate we are about the treatment our vets get, or don’t get. For two examples, read the following Whiteout Press articles for a bit of an education:

16 US Veterans Commit Suicide Every Day

Yes, that unbelievable statistic is true. And some of the reasons it’s true are the fact that vets must wait months or even a year for responses, services, financial payments and even treatment from the Veterans Administration on benefits they’re owed. Whether it’s medical, psychological or financial, vets are being treated…like the rest of us in the ‘have not’ column. The only difference is, we didn’t go to war on behalf of the rest of us, or lose a limb or some sanity in the process. They did.

In 2007, the VA launched a suicide help line for vets. It’s received an estimated half million calls from distraught vets. When we checked, the help line had received 17,000 calls just in that month. The Senate Veterans Affairs Committee has had strong words on behalf of vets, but little action. Committee Chair Sen. Patty Murray (D-WA) voiced last year, “Although some steps have been taken, the stigma against mental health issues continues within the military and VA care is still often too difficult to access.”

Much like Gulf War Syndrome before it, the US military and government officials spent years insisting there was no such thing as ‘post traumatic stress disorder’. It took a 2011 court order to get the VA to step up and care for America’s war wounded. As detailed in the above-linked article, the court’s exact words were, “The VA’s unchecked incompetence has gone on long enough.”

While the US government and the Veterans Administration have put in programs to help returning soldiers, the reality on the ground may be slightly different. Ash Wise, founder of the group Battling BARE, shared her and her husband’s story.

According to the account Wise gave to Yahoo’s Shine, she and her husband were treated like criminals when they sought help from the military, literally. After speaking to a counselor in confidence that her husband had become physical with her one time, military MP’s were immediately brought in and he was taken into custody. The husband and wife, who sought help from the military, were now forcibly separated and her husband was being charged with domestic assault, a charge Ash Wise is desperately trying to get dropped.

“The last thing a soldier needs is to be separated from his wife,” she told Yahoo! Shine, “Guys kill themselves because they think they are such a burden to their families.” It was that evening that the idea for Battling BARE was born.

According to the group’s founder Ash Wise, a soldier’s wife herself, “Battling BARE was born out of loneliness, frustration, hurt, anger and despair – lots of negative things. But being a firm believer in taking negative energy and focusing it on something positive, BB was created. At the point in which the idea for our first BB pic came, soldier suicide was a weekly occurrence – a friend’s husband had actually just ended his own life a few weeks before, my husband had hit a wall after hearing about his former platoon mate snapping in Afghanistan…a few weeks later he lost one of his own soldiers from overdose.”

Coping with a depressed, suicidal, angry and mentally damaged husband back from war was taking a toll on Ash Wise. She admits she thought about walking away from her marriage and her veteran husband. It was at that time that she learned she wasn’t the only one. “I soon learned that my story wasn’t unique,” Wise explains, “In fact, many wives were living in a state of despair – not knowing what else to do to help their husbands who were tormented by the memories of combat tours in Iraq and Afghanistan. These wives didn’t want to quit on their marriages or walk away from the man that they had pledged to love and stand beside until death parted them.”

Ash Wise decided that if she was going to leave her marriage, it was because of one of two reasons. Either she “lacked the faith to believe in miracles or lacked the patience to wait for a miracle.” “Both options were unacceptable to me,” she says, “The man I fell in love with was somewhere inside the protective shell of anger and isolation. I became obsessed on finding that man again.”

Wise admits that her newfound passion and determination was driving her to do more. Stories like hers she says, “were repeated over and over again within the military community.” One crazy idea she came up with to get the generals and bureaucrats to listen was to, “streak the 101st Airborne Division’s command building.” She decided against it and says, “I instead created the picture and our beautiful pledge.”

My love is forever –

To you this I swore.

Other versions of the pledge are already appearing, well, on pictures of naked women posted up and down the internet. The outrage, the idea and the cause have caught on not only with soldiers’ and veterans’ wives, but with regular women. And not just American women.

One tattoo-style body-painted woman is featured on the Battling BARE website that uses a slightly less personal version.

Backed by the flags of the United States, Britain and Canada, the woman’s naked back reads:

I support our troops forever,

To them this I swore.

I will quiet your silent screams,

Every soldier is whole.

Ash Wise, founder of Battling BARE, finished her statement with a call for others to join her. “We are here for those that love a soldier with PTSD. We want them to know that they are NOT ALONE,” she stresses with all capital letters, “There is support out there from people who GET IT and feel the same way. We’ll keep at it and hope that you will join us, bravely Battling BARE, until every soldier is whole.” 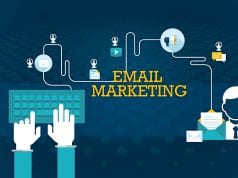 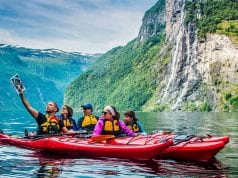 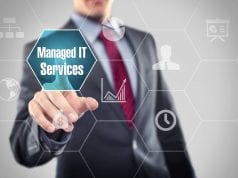