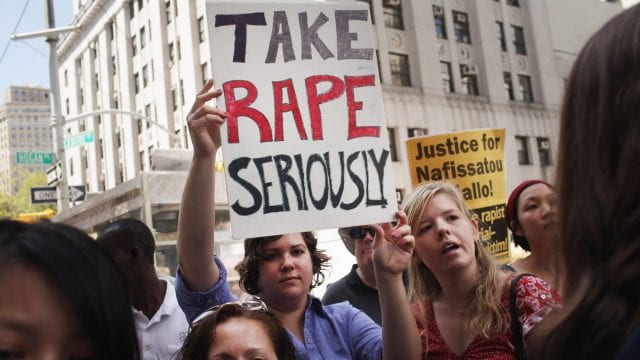 May 22, 2011. Bangalore, India. (ONN) When Americans walk into their local super-store, mall or apparel store, they often seek out the best bargains for their ever-shrinking dollar. Perfected for tough economic times, corporate giants such as Walmart have made ‘Low Prices’ part of their business model. But how exactly do they achieve such low prices?

Two decades ago, American’s were faced with a fundamental choice that would effect their children’s futures and forever change the political, social and economic landscape in the United States. The grand idea manifested in the form of a little-understood Congressional Bill called innocently enough, ‘NAFTA’ – North American Free Trade Agreement.

In 1993, the theory was simple enough to understand. Canada, the United States and Mexico would remove all trade barriers with each other. American manufacturers and corporations could now freely sell their products and services to Canadians and Mexicans on a level playing field. The only catch was that American companies would now have to compete with Canadian and Mexican manufacturers and corporations for the precious spending dollars of the largest economy in the world – the American people.

The battle lines were drawn over NAFTA and each side entrenched themselves even deeper as larger and more ambitious trade agreements were paraded before America’s representatives. The side supporting NAFTA, GATT and the World Trade Organization was led by every living past and current US President, as well as the leadership of both parties. NAFTA was actually dreamed-up in the Reagan administration, negotiated and drafted by the Bush Sr. administration and signed into law by the Clinton administration.

Along with the most powerful men on Earth, NAFTA enjoyed the vocal and financial support of Wall Street, the business community and America’s rich and elite. Accusing the anti-NAFTA forces of being ‘protectionists’ and borderline-fascists, the pro-Free Trade forces warned the American people that rejecting NAFTA would incur the wrath of the world community, lead to boycotts of American-made products and devastate the United States’ economy.

The anti-NAFTA forces however, weren’t deterred and came up with their own battle cry – ‘Fair Trade not Free Trade’. They included a strange alliance of outspoken social and political activists that included Jesse Jackson, Pat Buchanan, Ross Perot and the leadership of the AFL-CIO. They warned that while President Clinton was able to force through some well-meaning protections against child labor, pollution and worker safety, there was absolutely no mechanism, body or process to enforce such restrictions.

The anti-NAFTA forces knew that the American worker could successfully compete with other workers of the world if they were given a level playing field to compete on. They also knew however, the American worker was never going to get that level playing field. Pro-NAFTA forces, mainly Republican and Democratic leadership and America’s multi-national corporations, were gambling America’s future on long-shot odds. If NAFTA was successful, America’s unemployment rate might go from 5 percent to 4 percent while wages would have to be cut to compete with the low wages of the average Mexican worker. If NAFTA was a failure, the results would be so destructive, America would be forced to become a third-world country in order to remain competitive with the third-world countries they were now bidding against for jobs.

In the end, the pro-NAFTA, pro-GATT and pro-World Trade Organization forces won. Now, two decades later, both sides of the ‘Free Trade’ debate continue to argue over the results. Pro Free Trade forces continue to cite the booming American stock market, corporate profits and thriving service sector. In fact, President Bush Jr. once announced to the American people that they should prepare for America’s transformation “from a manufacturing-based economy to a service-based economy”. They promised that all Americans could trade in their dirty overalls and low-paying manufacturing jobs for personal computers and high-paying service jobs.

But that never happened. The high-paying service jobs were few and far between. Instead, American workers were forced to trade in their steel-toe boots for a Starbucks apron or a McDonalds hat. While the US Chamber of Commerce published pamphlets titled, ‘Opportunity in Mexico’, American companies by the tens-of-thousands laid-off their American workers, moved to Mexico and replaced them with Mexican workers willing to work in unhealthy, illegal conditions and for one-twentieth the price.

With the trend in motion and more and more global Free Trade agreements being enacted, manufacturers large and small took their cost-saving tactics to the next level. They closed their shops and instead moved to countries with even lower pay standards, less environmental and worker protections and little or no enforcement of the rules already in the agreements. Products that were once stamped, ‘Made in USA’ and recently changed to ‘Made in Mexico’ were now showing up with labels made in far-off places like Malaysia and Indonesia.

While America’s politicians argued over the results of global Free Trade, the world’s two largest nations began to take steps to capture the world’s manufacturing jobs for its own citizens. Both China and India began to recruit the world’s businesses and manufacturing base. The pay standards and working conditions were so low in those two countries, small manufacturers and large multi-national corporations alike could increase their bottom line by reducing their worker’s pay to a level on par with traditional and historical slavery.

Since Communist China releases few details concerning the institution of corporate slavery and child exploitation, observers instead look to the more open society of India – the world’s largest Democracy. There, one finds practices and living standards that would shock the Western world, but are considered accepted and typical in India’s poverty-stricken countryside.

As early as 1995, official and documented warnings were given to the American people regarding the ramifications of the unenforceable Free Trade agreements. In 1995, Rep. Dan Burton (R-IN) addressed the US House of Representatives:

“There exists another little-known human rights problem in India, which is every bit as grave. This problem, which received little discussion, is the exploitation of child labor. The United States Government and the international community have paid little attention to the prolific employment of young children. It is time to attend to this neglect. Child labor in India is a grave and extensive problem. Children under the age of 14 are forced to work in glass-blowing, fireworks, and most commonly, carpet-making factories. While the Government of India reports about 20 million children laborers, other non-governmental organizations estimate the number to be closer to 50 million. Most prevalent in the northern part of India, the exploitation of child labor has become an accepted practice, and is viewed by the local population as necessary to overcome the extreme poverty in the region” – Rep. Dan Burton (R-IN).

The site of 50 million children aged 13 or younger, working 16 hours per day in coal mines and sweat shops, never seeing their families or leaving their immediate work station, is a staggering vision. In India, and according to supporters of global Free Trade, India is doing nothing wrong. The national law in India allows children 14 and over to be drafted into the labor force. There, they surrender all freedom short of finding a way to eat, protect themselves and locate a spot on the ground to sleep along side grown men who find themselves in the same helpless situation. The quandary is simple, ‘If you want to live, you have to eat. If you want to eat, you have to work. If you want to work, you must surrender to whatever demands the employers dictate’.

Such lax child labor laws, as well as the non-existent enforcement of the few laws in place, have created an insurmountable challenge for locally-based manufacturers and service providers throughout the world. How does an American, German, Brazilian or Japanese company paying a living wage compete with Chinese and Indian manufacturers paying as little as $1 or $2 per week? The Walmarts and Dollar Generals of the world are stocked full of cheap products made by children sold into slavery by their families. As long as there is an American, European or Russian consumer willing to purchase the child-made rugs, jewelry, fireworks and glass trinkets, unscrupulous corporations will continue to provide them.

While some have their doubts to the extent of the forced child labor in China and India, more and more light is being shed on the issue via stepped-up efforts by the Indian government to reign in the practice. India’s free society and somewhat open press have slowly revealed a never-ending minefield of child slavery throughout the country.

Two recent government raids show just how widespread and accepted the practice of forced child labor is throughout Indian culture. In one recent raid in the nation’s capital of Delhi, agents rescued dozens of young boys who were originally lured, traded or sold away from their small, starving far-off Indian villages and transported to the dungeon-like sweatshops of a bustling Delhi. The boys were found locked into the attic of a textile manufacturing plant like cattle packed into a cattle car. Unable to leave, the boys spent 12 to 16 hours per day gluing small, cheap, colorful crystals onto the trendy clothes British teenagers would soon be purchasing and wearing in London.

The second example was hidden in the Indian state of Tamil Nadu among its vast agricultural fields. There, hidden from prying eyes and miles from the nearest town, was a small matchstick manufacturer. Rows of girls as young as 5 worked next to their mothers for 16 hours a day, making matchsticks to be sold world-wide. In a windowless room choked with sulphur fumes, a 12 year old worker tells of her ordeal. “I start work early but don’t finish until late into the night” she explained through a translator, “I get paid less than $2 per week”.

While Indian authorities continue to crack down on the widespread practice of forced child labor, the Western world’s manufacturers continue to wonder how to compete in the Walmarts and Foot Lockers of the world. India’s spotlight on the problem has also uncovered a few surprises and possibly an indication of the marketplace to come. Toiling in the mines of northeast India, are tens of thousands of children, some documented as young as 8 years old. They aren’t Indian however and they aren’t slaves. They represent an army of desperate workers from African countries like Nepal and neighboring Bangladesh.

These 8 year old miners freely admit that they migrated to India specifically for the job opportunities and “high wages”. If American manufacturers think they have a difficult time competing with $2 per week wages in India, the trend indicates an even worse atmosphere to come. From the US to Mexico to Malaysia to Indonesia to China and India, the next stop appears to be North Africa. There, a starving and poverty-stricken population eagerly awaits modernization, industrialization and the prosperous Free Market system that comes with it.