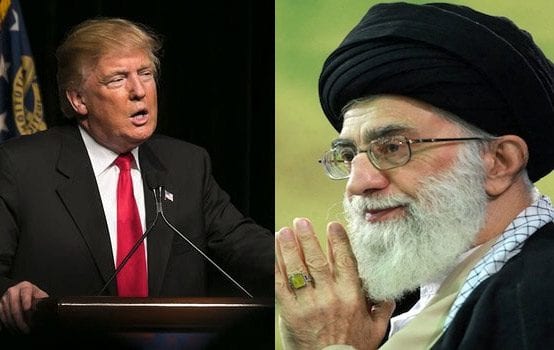 November 12, 2013. Ankara. Turkey, the only Islamic country in NATO, angered its Western allies two months ago when it indicated it would purchase Chinese-made missile systems instead of US or French versions. Now, Turkey has extended bidding in a sign that the Obama administration was successful in steering the multi-billion dollar purchase to US defense contractors instead. 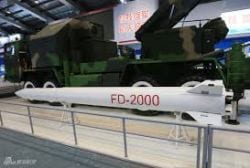 The Chinese FD-2000 SAM system Turkey announced it may not purchase after all. Image courtesy of China Defense blog.

The official reason Turkey moved forward with purchasing Chinese SAM systems is that they cost a fraction of the price of the US, French or Russian missile defense systems and are every bit as good. But some reports are claiming that the decision to go with China over America or France had nothing to do with price. Turkish military officials reportedly fear that any weapons bought from US defense contractors will be rigged with a remote kill switch or a US/Israeli designed Stuxnet-type virus.

In a sign that Washington and NATO may have won their behind-the-scenes pressure on Turkey to purchase their weapons from Western corporations instead of Russian or Chinese, the Turkish government announced Friday that it was extending its bidding process for the SAM systems until January 31, 2014. Officials had previously announced the order was going to Chinese defense contractor China Precision Machinery Import and Export Corp (CPMIEC).

Turkish Defense Minister Ismet Yilmaz tried to play down the ramifications of his announcement. As detailed by Reuters, he explained, “When these bids are submitted, everyone says their bids are valid until a particular date in terms of price and the date of delivery. If there is deadlock with the first bidder, we will turn to the second bidder. So we said, extend the validity of your bids, this is what we have asked.”

Don’t trust the US

In September, Turkey announced the $3.4 billion missile defense deal with China. It was the culmination of four years worth of high level discussions and arguments with France and the US. Turkish leaders are reportedly afraid that any weapons purchased from US or French defense contractors would include a remote sabotage switch similar to the Stuxnet virus that brought down Iran’s nuclear program after that country purchased computer systems from the German corporation Siemens.

To protect themselves from a potential US or French double-cross in the future rendering their military defenses useless, Turkey has been unsuccessfully demanding that foreign suppliers provide them with the SAM’s design and technology and not just ready-to-deploy batteries. So far, US contractors Raytheon and Lockheed Martin have refused to comply.

So, instead of the US-made Patriot Missile system or the French-built SAMP/T, Turkey looked to Russia’s S-300 and China’s FD-2000. While Russia has been somewhat flexible with sharing its top secret missile technology with other countries, China proved more than willing to share everything it had with Turkey and co-produce the weapon system together.

As detailed by RT News, US officials turned up the heat on Turkey over the prospective missile defense purchase from China. “We are very concerned about the prospective deal with the sanctioned Chinese firm,” US Ambassador Francis Ricciardone was quoted saying, “Yes, this is a commercial decision. It is Turkey’s sovereign right. But we are concerned about what it means for allied air defense.”

NATO officials have tried to warn Turkey that their Chinese-produced missile systems may not integrate successfully with the rest of the Alliance’s defenses and may leave Turkey isolated and alone if it were ever attacked. It’s difficult to say if that’s actually true or if Western leaders simply want Western corporations to profit from the multi-billion-dollar sale. According to the report, Reuters asked NATO military officials who replied that it was “premature” and too early to know if the two systems would be compatible.

Watching the various global powers compete over the Turkish missile purchase begs the question, is it about business or politics? It’s no secret that Turkey has had military confrontations with both Syria and Israel recently. And even with Turkish assurances, Western leaders quietly wonder what side Turkey would be on in a US-Iran war. Knowing that German companies secretly snuck a US-Israeli produced sabotage-switch into Iran’s equipment, it’s not that far-fetched to wonder if the US would do it again to Turkey, just in case they eventually took the wrong side later.

For China, it’s all about business and profits. The Communist superpower just passed the UK to become the fifth-largest exporter of military weaponry in the world. According to the RT report, Chinese state-run news outlets were celebrating the announced sale to Turkey. They didn’t present the situation as subverting US power in the Middle East, as the US is viewing it. Instead, Chinese officials praised the deal and called it another step in their effort to become a major defense supplier to more Western countries.

Turkey is waiting to hear from all four national contractors regarding its request for an extended deadline on bids. Officials say they will make their final decision by January 31, 2014.

Last US Primary Lead Smelter closing due to EPA