Home Uncategorized The 50 Corporations That Rule The World

There are 37 million known corporations in the world, including the hundreds of thousands of super-wealthy individuals posing as commercial entities to avoid taxes. A study done last year of the top 43,000 revealed a super-elite alliance of the richest of the rich. Investigating 147 of the wealthiest and most powerful multi-national corporations exposes a shocking fact – they’re all owned by the same people, each other.

A thousand points of light

That was how George HW Bush described what he termed, “a new world order”. And according to one global study, the number is actually 43,060. That’s the number of transnational organizations and individuals that were studied to find out just how intertwined the most powerful and wealthy people in the world are.

Brought to us by our friends at the fun and educational website JustThinking.us, and published by NewScientist.com, the article begins, ‘An analysis of the relationships between 43,060 transnational corporations has identified a relatively small group of companies, mainly banks, with disproportionate power over the global economy.’

While the authors acknowledge some criticism of their first-of-its-kind effort, they argue, ‘It is a unique effort to untangle control in the global economy.’ With the size and nature of research, three complex systems theorists at the Swiss Federal Institute of Technology in Zurich conducted the study.

According to the researchers, from the database of the world’s 37 million businesses, there were 43,060 ‘transnational corporations’. What the analysts did was physically map out a universe of all the multi-national corporations around the world. The same computer programs and math skills used to catalog millions of planets and stars, was used to track those 43,060 global corporations. That explains why the corresponding image from the researchers looks so much like a picture of space and the universe.

The 1,318 corporations that rule the world

After analyzing those 43,060 multi-national corporations, the researchers ‘revealed a core of 1,318 companies with interlocking ownerships’. The report goes on to reveal, ‘Each of the 1,318 had ties to two or more other companies, and on average they were connected to 20. What’s more, although they represented 20 per cent of global operating revenues, the 1,318 appeared to collectively own through their shares of the majority of the world’s large blue chip and manufacturing firms – the “real” economy – representing a further 60 percent of global revenues.’

Digging even deeper where no man, or computer, has gone before, investigators explained that from among the 1,318 super-corporations, there exist the true global rulers. Richer and more powerful than most countries and governments in the world, these 147 corporations own portions of the other 1,318, who in turn own portions of the other 43,060. This multi-level and far-reaching ownership by the globe’s top 147 multi-nationals gives them an iron grip on world power and has created one united entity where competition and separation are mistakenly thought to exist.

Commenting on the overlapping corporate ownership of the ‘super-entity of 147’, the report explains, ‘all of their ownership was held by other members of the super-entity – that controlled 40 per cent of the total wealth’.

The study’s researchers disclosed which corporations were revealed to be the most powerful and elite based on their findings. The authors write, ‘Most were financial institutions. The top 20 included Barclays Bank, JPMorgan Chase & Co, and The Goldman Sachs Group.’

The report goes on to interview various experts in the fields of both science and business. One common theme among them is the suggestion that super-corporations buy percentages of their competitors and other super-corporations to make more money, not to rule the world. But as they concede, with ownership of the richest and most powerful corporations clustered under the control of one small group of multi-billionaires, the world’s power and wealth is also clustered under the control of that same small alliance of the super-elite.

And while governments and media continue to tell the citizens of the world that these 147 entities are competitors of one another, insuring competition and a free market, this study reveals for the first time that the opposite is true – those 147 mega-corporations are one and the same. And they rule the world. 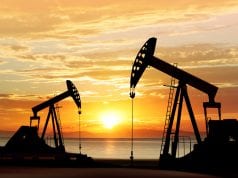 Gas And Oil Industry Trends In 2019