December 2, 2014. Eastern Ukraine. (ONN) Did World War 3 just start? Russia and NATO are already fighting each other with mercenaries and black ops soldiers in eastern Ukraine. As the Russians launch repeated cyber attacks on the US military, they also continue to fly nuclear bombing sorties off the coasts of California and Alaska. The Russians have moved enough armored divisions to the border to overrun half of Europe, along with a host of mobile nuclear ICBMs to prevent any counter offensive. They’ve just crossed into Ukraine, only two weeks after NATO Command assured a nervous Alliance that they wouldn’t.

Retired US military commanders are reluctantly coming forward to warn that World War 3 is about to start and America only has a 50-50 chance of winning. Their fears appear confirmed by an emergency Pentagon request for billions of dollars in funding to fix, upgrade and expand the US’s nuclear missile arsenal. Many reputable defense think tanks, here and internationally, are warning that NATO would lose World War 3 were it to break out today. Many other military experts won’t go that far, but have conceded that every day that goes by, the US and NATO get weaker while Russia and China get stronger.

Russia practicing first-strike attack on US

One of the more frightening changes in US-Russia military posture over the past month has been the addition into Russian exercises of mock nuclear bombing runs near the US border. Two weeks ago, Russian Defense Minister Sergei Shoigu announced that his country would resume carrying out long range nuclear bombing exercises around the world, including US coastal waters.

“In the current situation, we have to maintain military presence in the western Atlantic and eastern Pacific, as well as the Caribbean and the Gulf of Mexico,” Shoigu announced. According to USA Today, American military experts insist this action would be an unprecedented escalation of hostilities because not even at the height of the Cold War did the Russians carry out military exercises in or over the Gulf of Mexico.

NATO members in central Europe are warning their allies further from the front that the Russian military has already out-maneuvered NATO and the US military, at least in the Baltics. As if digging in his defense forces along his most hostile border, Russian President Vladimir Putin has transferred a large number of both offensive and defensive forces to Russia’s border with Poland and Lithuania.

Lithuanian President Dalia Grybauskaite defiantly reassured her country’s NATO allies, as well as her own nervous citizens, “My country is ready for every option and all surprises from Russia.” Grybauskaite also confirmed, “The Lithuanian Army will be set to a higher military readiness level.” Poland’s top General Marek Dukaczewski warned that Russia’s build-up on its border was an immediate threat and called on NATO to, “react urgently.”

This summer, a Polish media outlet leaked secret recordings of the Polish Foreign Minister telling a fellow elected official, “There is no doubt that the policy pursued by the Prime Minister and the Defense Minister is wrong. You know that the Polish-American alliance is worthless. It is even harmful, because it creates for Poland a false sense of security.” The second official agreed saying, “[We are] suckers, total suckers.”

Less than a month ago, a slew of US officials leaked the latest intelligence to a host of media outlets informing the American people that NATO intelligence had just confirmed that Russia moved a unit of short-range nuclear missiles to the border with Ukraine. At the same time, the Russian Air Force conducted mock nuclear bombing runs along the entire northern European coast, halting at Portugal before turning back. Showing their global reach, the Russians also dispatched a number of long-range refueling aircraft to Egypt in case they were needed.

Illustrating just how wrong US and NATO commanders were about the Russian military build-up and invasion of eastern Ukraine two weeks ago, it was only four weeks ago that the same supreme NATO commander, US Gen. Phillip Breedlove, assured nervous Americans and Europeans that the Russian build-up of nuclear, armored and infantry forces along its border with Ukraine was only saber-rattling.

“Some of those formations have moved closer to the border. We believe that was probably to bring some pressure on and make sure that the elections went according to the separatist plans,” Breedlove erroneously told the public, “We’ll look now to see if they pull back.” They didn’t pull back. Two weeks ago, they invaded the break-away provinces of eastern Ukraine.

Annual Whiteout Press fundraiser – This is the one time of year Whiteout Press asks readers and subscribers for a small contribution. As a grassroots, independent news outlet, we’re not funded by anyone but our readers. Any help you can give at this time would be sincerely appreciated. Also, receive a FREE Whiteout Press T-Shirt with any donation of $20 or more ($25 outside the US). Donate Here.

America now on 6 Sides of 3 Wars in 2 Countries 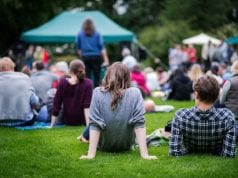 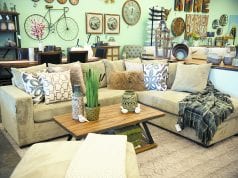 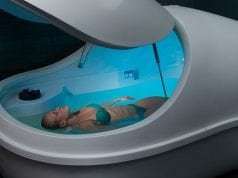 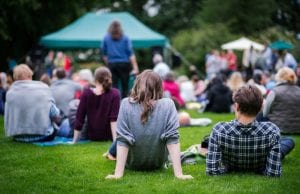