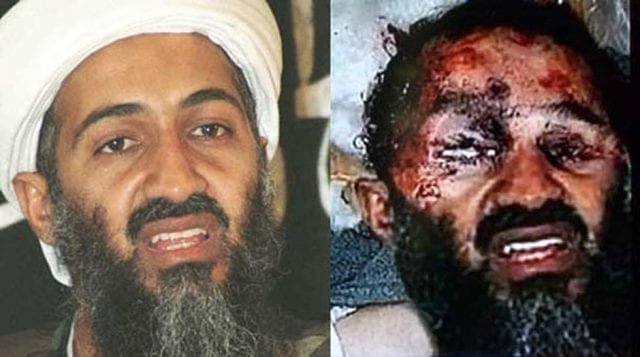 May 3, 2011. Washington DC. Three minutes after midnight yesterday, the White House alerted the national press that Osama bin Laden was dead. “Thank you, everyone, for joining us, especially so late. We wanted to get you on the line quickly with some senior administration officials to talk about the operation today regarding Osama bin Laden”. Read the transcript released by the White House here.

Officials began by explaining the background. Since September of 2010, US officials believed bin Laden may be at a compound in Abbottabad, Pakistan. The compound was a three story building with few windows and 12 to 18 foot security walls topped with barbed wire. Unfortunately, the facility had no phone or internet service, hampering any electronic surveillance.

A Senior White House Official explains, “So the final conclusion, from an intelligence standpoint, was two-fold. We had high confidence that a high-value target was being harbored by the brothers on the compound, and we assessed that there was a strong probability that that person was Osama bin Laden”.

According to Time Magazine, the White House believed the chances bin Laden was present were somewhere between 50 and 80 percent. Time also reports that at the time President Obama was forced to make a decision regarding what action, if any, to take, a straw poll of Senior Advisors was divided. Half wanted to either wait or strike with unmanned missiles. The other half insisted on sending ground troops in.

On Friday, days before the actual raid, President Obama gave the go-ahead to put boots on the ground and send in 4 helicopters carrying 24 Navy Seals. Later as the operation unfolded, the President was surrounded in the White House Situation Room by his most Senior Advisors including Vice President Biden and Secretary of State Clinton.

After the unspoken drama of the fire-fight crackled over the radio, a voice finally broke in saying, “We’ve ID’d Geronimo” – Geronimo being the US Intelligence community’s code name for Osama bin Laden. The final casualty count was zero casualties on the US side and 5 killed from the compound, including one adult woman originally thought to be one of bin Laden’s wives, one adult male thought to be one of bin Laden’s sons, and one adult male positively identified as Osama bin Laden.

During the midnight White House Conference Call with the press, one official announced that one of the four helicopters had been lost due to “mechanical failure”. They immediately confirmed there were no casualties.

When pressed for more details about how Osama bin Laden was killed, White House officials refused to give any details. They would only confirm, “Bin Laden was killed in a firefight as our operators came onto the compound”. When asked in a follow-up question for more details regarding the “lost” helicopter, Senior Administration Officials first explained that the aircraft was intentionally blown-up by its own crew after evacuating all civilians from the immediate area.

Contradicting their earlier statement describing the cause of the downed helicopter as “mechanical failure”, Senior White House Officials claimed, “Can’t go into details at this time” and “We didn’t say it was mechanical”.

At the conclusion of the White House Conference Call, we were given the only glimpse into the final seconds of Osama bin Laden’s life. A White House spokesman simply said, “He [Osama bin Laden] did resist the assault force. And he was killed in a firefight”.

That wasn’t the end of the telephone press conference or the end of the soon-to-come conspiracy theories. One reported curiously asked, “What is the US going to do with bin Laden’s body”? A Senior White House Official replied, “We are ensuring it is handled in accordance with Islamic practice and tradition. This is something that we take very seriously. And so therefore, this is being handled in an appropriate manner”.

Within 24 hours, Osama bin Laden’s body was disposed of, never to be seen again.