Home Health Know the symptoms of hormonal disorders in men

If you are a man and are feeling tired, irritable and lacking in sexual interest, seek help from a urologist doctor as these are common symptoms related to lowering hormone levels in adults – a disorder known as androgen deficiency. Previously known as andropause, this disorder has ceased to be so named because it is quite different from menopause – a time when women stop menstruating due to the cessation of hormonal secretion from the ovaries.

Androgen deficiency in men is usually less intense and frequent than menopause in women; it does not occur in all those who grow old; and can also affect young people, although it is more rare. The main causes of hormonal disorders in young men are diseases that affect the testicles, such as cancer, and problems in the pituitary gland (the gland in the brain and responsible for the production of hormones).

One of the main features of androgen deficiency is the decreased production of testosterone by the body. The fall of this hormone, which is the most common among men, can also cause:

According to a research, about 20% of men after 40 years of age will have testosterone decline; and there is usually a 12% decrease in the production of this hormone every decade of life.

How to prevent androgen deficiency?

Finasteride is a substance that works by reducing testosterone production. Medications with 5% finasteride, the first used for the treatment of benign prostatic hyperplasia, have been shown to be effective in combating baldness, but they appear to have been the cause of reduced libido in about 30% of users. For the treatment of baldness then the drugs with 1% finasteride were created. Buy they are not enough to cause a decrease in libido. In any case, this medicine should always be used according to medical advice.

Performing physical activity regularly and following a healthy diet, rich in foods that aid in hormonal regulation, such as broccoli, flaxseed, dried fruits and fig, may contribute to the prevention of androgen deficiency.

Another way to prevent the problem is to avoid the risk factors that can also cause hormonal disorders, such as:

– Obesity.
– Hypertension.
– Diabetes.
– Dyslipidemias (presence of fat in the blood, such as cholesterol and triglycerides).
– Smoking.
– Alcohol in excess.
– Anabolics.
– Oral medications or hormone supplements.

How to treat male hormone disorders?

Men with any symptoms related to androgen deficiency should seek medical help. From specific blood tests, the doctor will evaluate the hormonal reduction according to the patient’s age and clinical profile, assessing the need for treatment or not. Treatment of androgen deficiency usually involves the replacement of testosterone through injectable medication or gel lotions to be applied to the skin, since oral medications are toxic to the liver. These treatments work by restoring the hormones needed by the body. But sometimes, the above disorders are caused by an association with HGH or commonly called growth hormone. For all of you who have growth hormone problems and need for professional treatment right away, we recommend that you consult national HRT. In the end, hormone problems, any of these hormones, can cause serious health problems if they are not treated quickly. 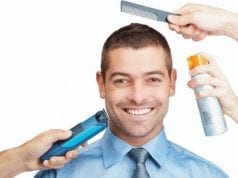