September 11, 2012. Nashville. A large group of curious and skeptical American voters has been diligently filing lawsuits in various state courts attempting to force Barack Obama to provide the required documentation that would confirm his eligibility to serve as US President. Now, a federal judge has interceded in a state court to throw out one of the last remaining suits.

The outraged and furious announcement from Liberty Legal Foundation explained the surprise verdict and detailed what they term, “the very dangerous direction in which the courts are now headed”.

Many, both impartial and on the Republican right, believe that US Immigration and Naturalization records clearly show that Barack Obama’s father was not a US citizen. If true, that would make Obama a non-natural born citizen and not eligible to be President of the United States. Contrary to the much-hyped ‘birther’ bashing throughout the national media, the case is as simple as that.

In addition, legal teams like the one from LLF have demonstrated that both the Democratic Party and Republican Party have sworn their Presidential nominees are eligible and vetted to be President in past years. As we’ve found out, US law leaves the task of eligibility for Presidential candidates to the parties and not any Board of Elections. All nominees were vouched for by their parties, except Barack Obama, which the DNC conspicuously left off their candidate filings in 2008.

According to the statement released by Liberty Legal Foundation, “When we challenged Obama’s eligibility because he is not a natural born citizen, we filed cases against the DNC in Arizona Federal court and Tennessee State Court. The cases were similar, but did have some important differences. In Tennessee, we were specifically relying on state fraud statutes, because we knew the DNC intended to commit fraud again by certifying a non-eligible candidate for the TN general ballot.”

As LLF lead attorney Van Irion explained, DNC attorneys were able to move the Tennessee state suit out of state court and into federal court, where a federal judge not surprisingly ruled against Irion and the LLF. The DNC lawyers then took their fight one step further, filing a motion for sanctions against Van Irion for filing his suit in Tennessee state court in the first place.

The first question LLF and observers raise is, ‘how does a federal judge take jurisdiction over a state court’s pending case, especially when the subject matter is a specific state’s ballot access law, something the federal government has absolutely nothing to do with?’ And as LLF attorneys have pointed out repeatedly over the past 12 months, not one DNC representative, White House lawyer or judge, has yet to provide any evidence to dispute the challenge.

Adding insult to injury, the federal judge who dismissed the LLF suit filed in Tennessee state court went on to strike out against LLF lead attorney Van Irion. As the foundation’s statement details, “Judge Anderson refused to let Van amend or supplement his complaint then sanctioned him because he didn’t amend his complaint! Judge Anderson stated Van didn’t prove certain facts, but he didn’t let the case even get to discovery so that those facts could be proven!”

The LLF statement concludes by saying, “If this weren’t really happening, I would think this were the plot of a political thriller. But it’s not. This is the America we live in today.” 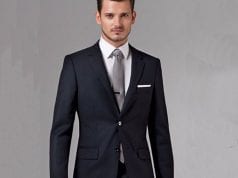 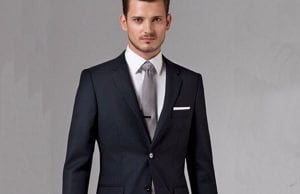