Domestic Spy Drones to be Armed

May 26, 2012. Pinehurst, Texas. In an interview published by numerous local CBS affiliates, a small town Sheriff from Montgomery County Texas may have inadvertently shed a spotlight on a new phenomenon in US law enforcement. While changes in national security are happening too fast and too secretly for most Americans to keep up, unmanned spy drones have been used recently across the country to monitor the actions of Americans. Now, many of those surveillance drones will be armed.

The FAA expects 30,000 unmanned drones to be crossing US skies by 2022. Image courtesy of Terminalx.org.

According to some critics, the use of military population-control weapons on the American people is more of a money grab by Wall Street corporations than an un-Constitutional power grab by government authorities. But either way, Americans don’t appear to like it. The industry has become so big and profitable, the FAA predicts there will be 30,000 unmanned drones crossing America’s skies by 2022.

With no more terrorists to kill, military corporations like Boeing and Lockheed Martin have been pushing for new wars and new enemies. Together, just those two companies alone spent $23 million last year lobbying Congress for increases in America’s war funding. Their efforts have been successful as President Obama has reversed course from his campaign rhetoric and expanded the presence and participation of the US military in war-torn nations across the globe.

Strange and bizarre laws such as NDAA should be no surprise. For years now, certain courageous members of Congress who are members of Congressional intelligence committees have attempted to warn the American people about the sinister nature of the federal government’s counter-terrorism efforts. Read the Whiteout Press article, ‘Senators warn Americans about Secret Government Policies’ for details.

Back in Texas, Montgomery County Sheriff Randy McDaniel reveals just how far the government’s efforts have come. Explaining why his department may arm its unmanned spy drones, he insists the drones should be equipped with the same weaponry his officers are. “Those are things that law enforcement utilizes day in and day out. And in certain situations, it might be advantageous to have this type of system on the UAV (unmanned aerial vehicle),” CBS quoted Sheriff McDaniel saying.

The ACLU has publicly come out against the arming of surveillance drones used over US soil. The organization cites two main concerns – violation of Constitutional rights and the danger involved when the armed drones periodically crash to the ground and their weapons fall into the hands of unsuspecting or mischievous American citizens.

“It’s simply not appropriate to use any force, lethal or non-lethal, on a drone,” Catherine Crump of the ACLU argued, “When the officer is on the scene, they have full access to info about what has transpired there. An officer at a remote location far away does not have the same level of access.”

Unmanned surveillance drones were spotted by Chicago-area residents last week in preparation for the international NATO Summit held there. Again, it was the local CBS affiliate that uncovered and reported the incident. In that particular instance, one in which video footage of the drone was taken by at least one resident, the location was in Elgin, Illinois – a full 40 miles away from Chicago’s McCormick Place convention center and the NATO Summit.

One website, NoLathe.net, gives us this brief description of the technological advances being made by global defense corporations in the area of unmanned drones:

‘The power of these machines is not to be underestimated. Many are equipped with cameras that provide a live video feed, as well as heat sensors and radar. Some are capable of peering at figures from 20,000 feet up and 25 miles away. They can also keep track of 65 persons of interest at once. Some drones are capable of hijacking Wi-Fi networks and intercepting electronic communications such as text messages. The Army is currently developing drones with facial recognition software, as well as drones that can complete a target-and-kill mission without any human instruction or interaction. They are the ultimate killing and spying machines.’

Attempting to reassure concerned citizens, Montgomery County Sheriff Randy McDaniel insists, “We’ve never gone into surveillance for sake of surveillance unless there is criminal activity afoot. Just to see what you’re doing in your backyard pool — we don’t care.”

And while indiscriminate spying on Americans is one worry, the Sheriff didn’t respond to the critics’ other concern. What happens to the weapons when unmanned drones begin falling out of the sky? Already, rumors of bounties offered for shooting down domestic spy drones have become an almost carnival-like mission for angry, armed and militant Americans.

Also, Iran has repeatedly claimed it was responsible for the recent string of downed unmanned drones over Iraq, Afghanistan, and even Iran itself. The Islamic regime says it hacked into the network system that controlled the drone. The US government still insists that a computer malfunction led to at least one aircraft flying off course and into Iranian air space.

Another little-reported claim mentioned in the above linked article is that Iraqi officials conducted their own test before incorporating the unmanned drones into their national defense arsenal. They were reportedly able to bring down the drones using $26 dollars worth of off-the-shelf software.

For now, it seems there is little that angry or concerned Americans can do. Due to legislation like the Patriot Act and the National Defense Authorization Act, the US federal government is free to treat the American people as enemies of the state. We can be secretly spied on, taken into custody and even executed, without a single act of judicial action or review. And they never have to disclose any of it. In fact, whatever the government is up to involving domestic armed unmanned drones, the American people probably won’t find out until after the fact, if at all. As the two US Senators in the above Whiteout Press article warn – it’s against the law to tell us.

Order yours today – check out Goodies4U 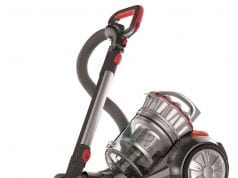 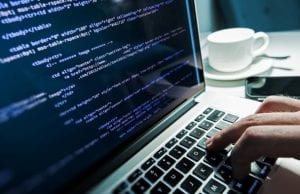