(ONN) Millions of American families – parents and children – are being subjected to the injustices of what I can only describe as Children As Currency policy practiced by Child Protective Services (CPS). Loving parents who find themselves in a vulnerable position are being targeted unfairly by CPS agencies and separated from their children as a way to stream income into local communities. Separated from their parents, many children go on to suffer abuse in foster care, ending up scarred for life.

CPS agencies need children in their foster care to meet their federal mandates.1 The federal funding is distributed to local communities, meaning the more children in the foster care system, the higher the paychecks for those involved. These funds extend to foster parents, teachers, attorneys, doctors, judges, therapists, caseworkers and coaches, as well as to several sub-agencies like Family First and Head Start.2

This creates a conflict of interest and has resulted in unintended consequences, including corruption. Over the years, communities have learned how to manipulate the system for financial gain. Thousands of communities around the US are using ‘children as currency.’3

Additionally, approximately 94 to 98 percent of foster parents receive disability or unemployment benefits or have low-income jobs, which often makes them financially and emotionally unfit to care for children. This also leads to abuse of the children in their care. According to an AFSCAR Report, 64 percent of children are abused in foster care;4 people close to this industry believe the true number is closer to 87 percent.

Child abuse in the foster care system has always existed, but in the past decade the nature of the abuse has become sadistic. It has been reported in every state that infants and toddlers are being raped and young children physically tortured.5 Moreover, it has become common practice to give foster children sedation drugs.6 According to the same Report, 80 percent of all foster care children are given sedation drugs – supplied by CPS caseworkers.7 This phenomenon is partly due to the fact that children on medication can be labeled “special needs,” which entitles foster parents and all involved to larger payments.

CPS Caseworkers above the Law

It also should be noted that it is CPS caseworkers that decide what foster children be prescribed medication, not a doctor or therapist.8 And when a doctor, therapists, and other professionals make a recommendation for a child to the courts, it is superseded by the CPS caseworker making the final decision to where the child will be placed and what kind of treatment the child shall receive. (CPS case workers’ court testimonies, opinions and endorsements/authority, triumph over professional opinions and recommendations).

Because this abuse is occurring in the comfort of the foster parents’ homes, the majority of the abuse goes unreported. Pedophiles and predators are drawn to the CPS industry and are acutely aware of the loopholes that allow abuse to go unchecked, protecting the perpetrators. Many foster parents even have criminal backgrounds9. CPS supervisors have personally told me, “If we did not allow foster parents with criminal records, we would have no foster parents.” The decision to accept such foster parents is left up to the discretion of CPS caseworkers. The same caseworkers also benefit from legal immunity, meaning they cannot be held accountable for poor judgment or bad decisions that may lead to a missing child, child abuse or even a child’s death while in foster care.10

It has become a common practice for CPS caseworkers and foster parents to work together for financial gain, attributing to inappropriate relationships.11 For example, a caseworker can help their partner, a friend, neighbor, acquaintance, become a foster parent, allowing them to both financially benefit from the situation. And then allowing 12 foster children to be fostered in one home, financially benefiting both case worker and foster parent. However, the CPS Policy Manual suggests no more than 4 children be placed into one foster home. It also should be noted that there are no penalties when a caseworker does not follow the CPS Policy Manual.

It takes one anonymous caller with a false allegation to have a child removed from a home. A caseworker may claim that a “parent has a history of mental illness” or “a history of substance abuse,” without referring to an incident, naming a doctor, referring to specialized diagnoses, or supplying medical records.12

Furthermore, unlike criminal courts, in CPS courts parents are guilty until proven innocent, meaning a false allegation can lead to one’s children immediately being taken away, without a Hearing or Session. The majority of these parents are accused of “Abandonment,” which covers a broad spectrum of situations, from parents working long hours at a minimum wage job, to a single mother with a terminal illness and even soldiers called to duty.

And often, once the caseworker has placed the children in foster care and it is discovered that said allegations were false, caseworkers will look for other reasons to keep the children in CPS custody because of economic interests. Again, these allegations can lead to any child being placed into CPS/State Custody permanently.

Somewhere from 24,000 to 200,000 eighteen year-olds through twenty-three year-olds (a number that has increased annually for over ten years), are “released” from the foster care system into greater society, every year.13 Note: foster children released into society vary in ages from 18 to 23. The Fed Reports divide the children into ages, ethnic categories, populations, and classes. This results in insufficient statistics, drastically differing from one report to the next. These teens are emotionally scarred and have nothing – no family, no money and no support network. These children represent the fastest growing population of homelessness in our country.

Reforming CPS has failed relentlessly for over thirty years because of the entanglement of the funds throughout the community. For all of these reasons, ‘Reforming CPS’ is imperative to end the ‘Children as Currency’ epidemic. There is a profound conflict of interest between the persons who are in an authoritative position to protect children (CPS caseworkers), and the fact that those same persons have the possibility to financially benefit themselves or their associates from every child placed into foster care.

We should consider permanently shutting down Children Protective Services, as we know it today, which would save the federal government billions of dollars every year.14 These funds could be relocated to construct safe and healthy learning environments as state of the art Orphanages, where employees and supervisors would be required to have Masters Degrees and Doctorates in Child Development.

With a home-like warm atmosphere closely moderated surveillance, not unlike the Montessori method, would create thousands of high paying jobs. These funds could also be distributed to the public schools systems. Currently, billions of dollars are being used to support the barbaric treatment of our most vulnerable citizens. By eliminating the ‘children as currency’ epidemic, we would help reign in the corruption and intrusive culture of Children Protective Services, and therefore ensure a more prosperous future for the children that truly need our help.

On December 9, 2015, I was invited by Michigan State’s House of Representatives to speak to their “Children, Family and Seniors Committee.” State Representative Tom Hooker asked me to speak after he read my personal account as an unlikely victim of Children’s Protective Services (CPS), resulting in an inconceivable atrocity. My personal account, “Mother & Child an American Atrocity,”http://citizensagainstcps.com/2014/06/01/welcome-to-our-first-blog/

The Michigan’s Governor’s Task Force on Child Abuse and Neglect, also invited me to speak to their committee on December 11, 2015. U. S. Senator Debbie Stabenow made this recommendation after reading “The CPS Comprehensive Report revised March 2016,” http://citizensagainstcps.com/2014/06/02/56/. The above article is a broad summary of my ‘Cause,’ minus my personal account.

5 See hundreds of newspaper headlines/articles across the nation over 5 year http://www.sacbee.com/news/investigations/article2572308.htmlhttp://poundpuplegacy.org/posts?cid=21102&tid=case

7 “80 percent of children in CPS custody/foster care are considered having “emotionally problems” (see AFSCARS Report) thus ripe for meds.” it is the cps caseworkers that have the authority to label foster children where they see fit; with every label comes a prescription drug.

10 Policy CPS Manual. AND http://www.childlaw.us/legal_immunity_for_cps_workers/#.VxfdvZX2aM8. See: law provides for public employee immunity from liability for an injury caused by the employee instituting or prosecuting any judicial or administrative proceeding within the scope of their employment, even if he or she acts maliciously and without probable cause.”See, e.g., Abdouch v. Burger, 426 F.3d 982 (8th Cir. 2005) and Babcock v. Tyler (884 F.2d 497 (9th Cir. 1989) Gray v. Poole, 275 F.3d 1113, (D.C. Cir. 2002) (qualified immunity covers social service workers acting as investigators, but when testifying as witnesses they are protected by absolute immunity).

13The Government statistics reports are designed to appear that the number of children “aging out” is significantly lower than the reality. They do this by separating the children into ethnic categories, ages, population and class categories. For the past five years the number of children aging out of foster care has risen. https://www.childwelfare.gov/pubPDFs/foster.pdfhttp://www.cnn.com/2014/04/16/opinion/soronen-foster-children/

2016 Election Results including all 31 Presidential Candidates

10 Camping Tips to practice in Case of Survival Emergency

Canary Stories #12 – a Voice for Riley

Parents ready to overthrow DCFS to get Kids back 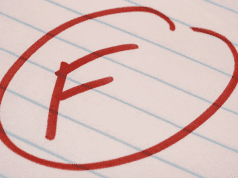