Home Uncategorized Can you spare a Holiday Card for America’s only POW/MIA?

November 23, 2013. Hailey, ID. When you update your Christmas card list this year, or whatever observance you celebrate this holiday season, supporters of America’s lone official POW/MIA are asking you to add the White House. Their hope is to remind President Obama that America wants Bowe Bergdahl back by sending one million cards addressed to the US POW in care of the White House. 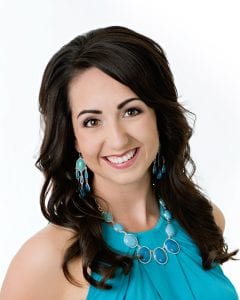 Sgt. Bowe Bergdahl was capture while serving in Afghanistan more than four years ago. He is America’s only official living POW/MIA. As word has spread over the past 226 weeks, the movement to bring Bowe home has grown from a small handful of friends, family and neighbors in Hailey, Idaho to hundreds of thousands of regular Americans who’ve seen their POW/MIA’s left behind one too many times.

One Million Cards for Bowe

The grassroots campaign is titled, ‘One Million Cards for Bowe’ and is being tirelessly promoted by Bowe’s most passionate supporters. “This project has been designed to send a message to the White House, Congress, and Senate that we want Bowe Bergdahl home where he belongs,” said project co-coordinator Stefanie O’Neill.

O’Neill went on to explain past efforts to send Bowe Bergdahl holiday cards and even regular mail and letters of moral support from his family. “In the past, cards sent to Bowe through various levels of government have been ‘returned to sender.’ We are hoping that the Obama Administration will have the good sense to not only hear our message but to facilitate a way to get these cards to Bowe through the International Red Cross or other agencies.”

The group is as serious as they are organized after four years of petitioning the White House for action, or any kind of effort at all, to bring America’s only POW home. They’ve even launched the website OneMillionCardsForBowe.com.

The site’s home page explains, ‘This is an event that is going to let the White House know that America wants its only Prisoner of War in Afghanistan Sgt. Bowe Bergdahl home. The challenge this year is to flood the White House with Christmas Cards for Bowe. Please share in all of your groups, tell your friends, family and everyone you meet. We have schools, Girl Scout Troops, motorcycle groups, and church families helping us out with this project.’

The site goes on to remind everyone, ‘Sgt. Bowe Bergdahl has been held by the Taliban since June of 2009. Bowe is from the town of Hailey, Idaho, where he and his sister were homeschooled by their parents Bob and Jani. Bowe’s family, friends, and hometown need him to come home…and its time that the White House listens.’

Miss Idaho asks for your help

As word spreads and the movement grows, more and more people are standing up and demanding that the Obama administration do more to bring Bowe Bergdahl home. One fresh new face that is sure to draw attention is the current reigning Miss Idaho.

Campaign co-coordinator Stefanie O’Neill describes Miss Idaho Sarah Downs as a ‘very special celebrity spokesperson’ and a welcome addition to the more than four year old effort. “We are blessed to have this talented, beautiful, intelligent, and compassionate young woman on board with us, representing Bowe’s home State of Idaho, in this massive endeavor,” O’Neill announced.

Showing that her involvement with the One Million Cards for Bowe effort isn’t just one more stop on her beauty queen tour, Miss Idaho brings passion and sincerity to her invaluable role as celebrity spokesperson for the cause. If this author didn’t know any better, I’d think I was listening to one of my many veteran friends lecturing about how we don’t do enough for our vets, something that’s definitely true.

“I feel so blessed to be able to spread the message that we have not forgotten Bowe Bergdahl. America should always take care of their own, especially those who put their lives on the line for our freedom,” said current Miss Idaho Sarah Downs, “I know that every single letter will be a reminder to the White House of the importance of bringing Bowe home. He fought for us, and now it’s time that we fight for him. With the help of not only Idahoans, but all Americans, we can make a difference for this hero.”

POW Bowe Bergdahl’s family, friends and nationwide supporters are asking that as many people as possible send a holiday card to the White House in support of America’s lone POW. Organizers ask that people try and get the cards there by the end of December and address them to:

The effort’s organizers are also asking supporters to send an additional card, if desired, to Bowe himself. As the website explains, ‘There is also a chance that the Red Cross will be able to get cards to Bowe this year…So lets all double up our cards and send one to Bowe in care of the Red Cross.’ To send a holiday card with a personal message to Bowe (keep them non-political, positive, and encouraging just in case the Red Cross can get them into Bowe’s hands), address that card to:

Benefit for US POW Bowe Bergdahl next Saturday